Exploring Fashion and NFT’s within the Metaverse

I’m sure you’ve seen the term Metaverse a great deal but despite the amount of videos, articles and social media posts explaining this latest phase in technology, most of us are still left wondering…Meta-what?

So what is the Metaverse? Well…by dictionary definition it’s “a virtual-reality space in which users can interact with a computer-generated environment and other users.”

You can enter this world via an ‘oculus’, the virtual reality headset bought by Facebook, now ‘meta’, last year.

Its 2030… you’re celebrating a friends birthday shopping in Paris, ending the day with a trip to the Eiffel Tower. Yet you’re sat wearing an oculus head set at your home in London, and your friend is in LA. You’re walking around a virtual version of Paris within the Metaverse, and buying the latest wearable NFT Chanel bag for your avatars (a virtual image that represents and may be manipulated by its computer user).

So what’s an NFT?

NFT stands for non-fungible token, meaning they cannot be exchanged as they are completely unique and exist on a blockchain that verifies its authenticity and its owner. Once purchased, these NFT’s can then be sold on for an increased value, making them the latest form of profitable investment for some collectors. They can consist of almost anything digital, such as art, music, videos, virtual accessories and clothing, etc.

Why are people purchasing NFT’s?

Aside from NFT’s granting purchasers a spot within what is essentially a gated community of owners of the same NFT collection, some brands have been offering additional benefits including unseen content, access to exclusive product drops and invites to events.

Many industries are now preparing themselves for the Metaverse by attempting to get ahead of the wave of this new technology, it’s an exciting opportunity for brands to experiment and make the most of the endless creativity that NFT’s and the Metaverse can allow. From making new virtual clothing that can be used through VR and AI, to creating a new branded environment for consumers to explore and shop.

It has been quoted by Mark Zuckerberg, head of Meta, that the Metaverse will be ready for mass consumer engagement within 5-10 years which is why the fashion industry has been quick to get a head start, and has been one of the most pioneering sectors when it comes to experimenting within this universe.

KARL LAGERFELD released their first NFT collection in September 2021, the NFT collectables were released on the digital fashion marketplace THE DEMATERIALISED and represented Karl’s unmistakable identity in cartoon form. As an environmentally conscious brand KARL NFT’s are supported by the energy efficient blockchain LUSKO, and come with the promise that a mangrove tree will be planted with each purchase, in an aim to offset their carbon footprint through an initiative with THE DEMATERIALISED and RE:EARTH.

The next collection in December 2021 was in collaboration with London graffiti artist ENDLESS. The KL7xENDLESS collection featured the Karl avatar, wearing customised clothing by Endless.  This drop included an exclusive collection of 7 NFT’s in which buyers were invited to a cocktail party and exclusive performance by ENDLESS, taking place at a historical hotel in Paris, where Karl’s original office is housed.

“We’re thrilled to be presenting our first NFT collaboration, and a unique hybrid physical experience that will further enhance our digital community around the globe,” said Pier Paolo Righi, CEO of KARL LAGERFELD.

The second part of this drop was released on Friday the 10th of July, and featured three medallion coins designed by ENDLESS, in recognition to the rise of crypto. Collectors of these also received a real version of the medallion, further bridging the gap between digital and physical.

The owner of the most exclusive medallion in this three-piece collection will also receive a one-of-a-kind artwork by ENDLESS, which was painted live at the KARL LAGERFELD NFT launch event in Paris.

By offering these experiences, exclusive items and information, brands are essentially creating a hybrid membership space for NFT owners. Purchasing an NFT goes beyond the want to purchase an original copy of a piece of art or song from their favourite artists. It’s about joining a club and community with other likeminded people, where brands can reward their most loyal customers. 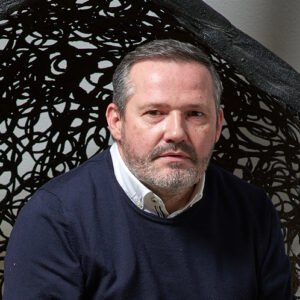 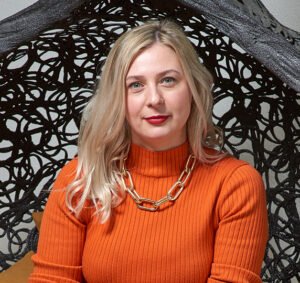